Action at a Distance

The film follows the action of a group of men pulling out a commemorative plaque on Principe and relocating it a few meters away using a tractor. The action takes place in Roça Sundy, a former cocoa plantation on the island of Principe where Eddington observed a total eclipse of the Sun, on the 29th of March, 1919. This astronomical experiment was the first practical attempt which legitimated the general theory of relativity formulated by Einstein. The plaque, installed in 1989, celebrates the 70th anniversary of the observation. The camera follows the group’s coordinated efforts to carry out the relocation from a reserved distance. Without getting caught up in a documentary or aestheticizing language, images and sound seek to capture a situation which, with all its vertices, we cannot fully retain.

Polo researched available documents and stories in order to find the exact location from where the eclipse was observed. Later she created the conditions to move the commemorative plaque there. This gesture, which is of no historical importance for science or for the island of Principe, brings the relationship between this group of men and the plaque up to date, it relates them to it physically and it makes it significant, at least momentarily, although not within the literal meaning, assigned to a group of European researchers, that it was meant to have. If Eddington’s expedition in the spacetime framework of Principe means nothing as compared to his scientific scientific ambition deployed in the stars, in Polo’s film this framework is the only reference that really matters. 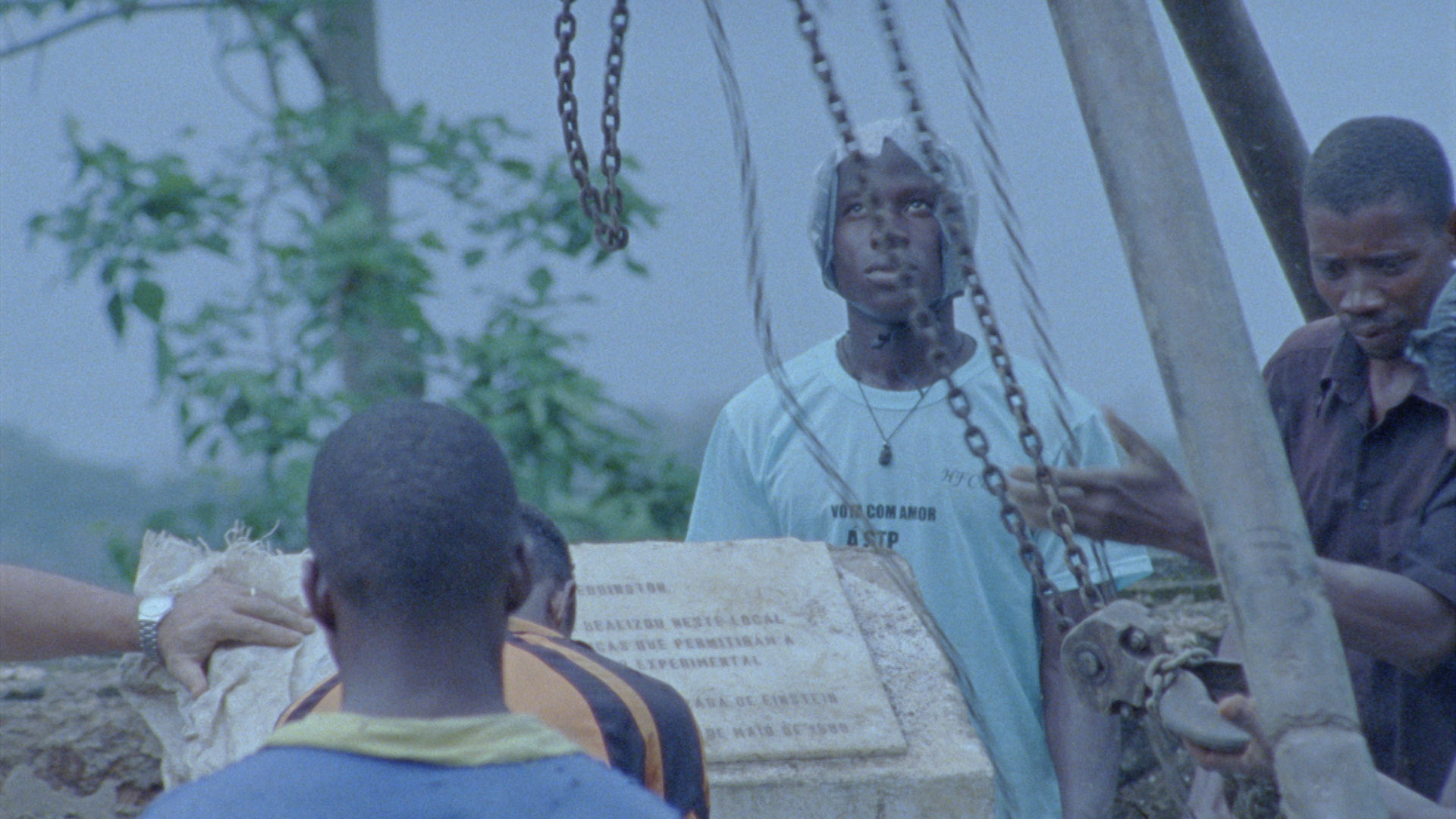 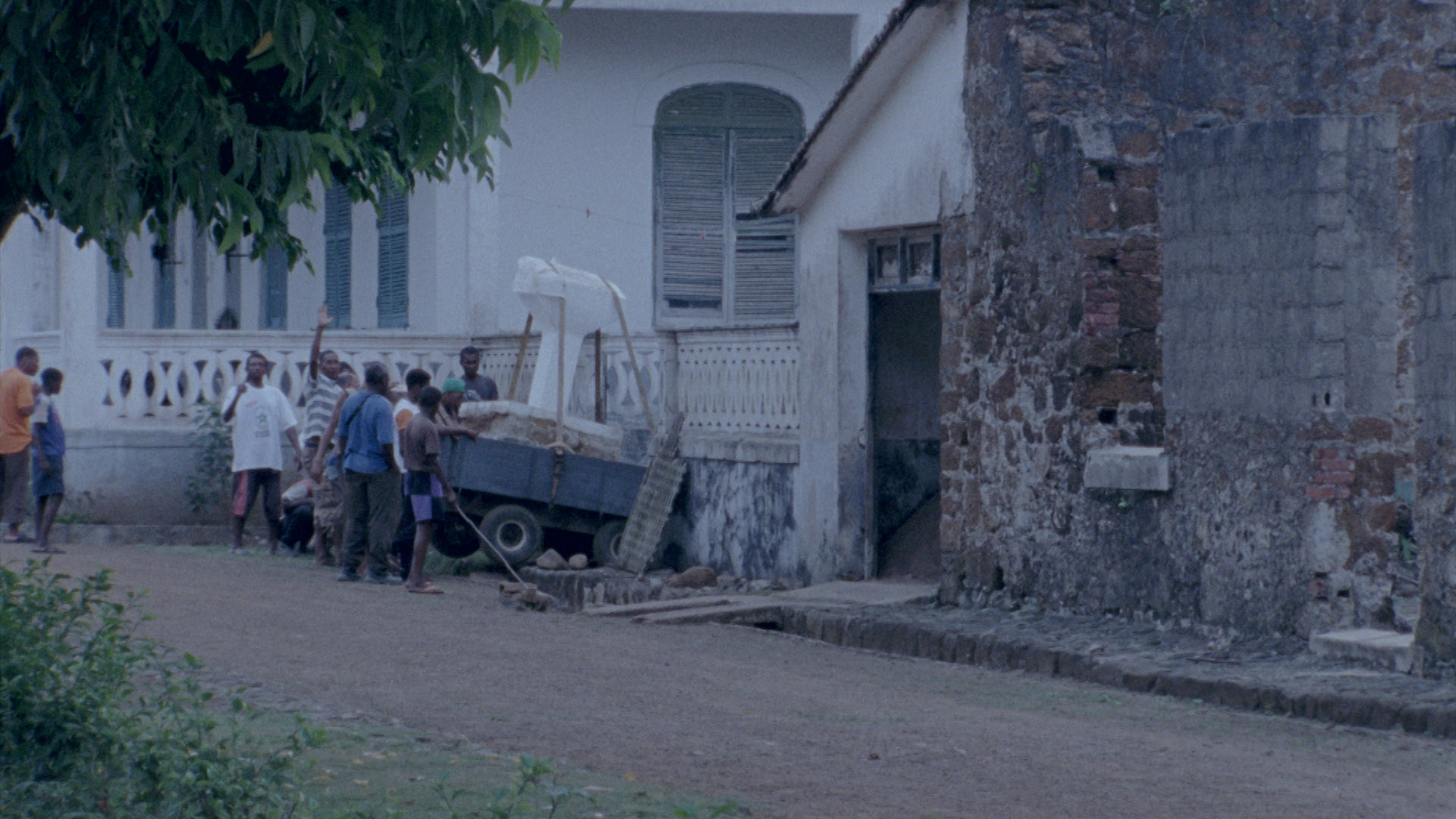 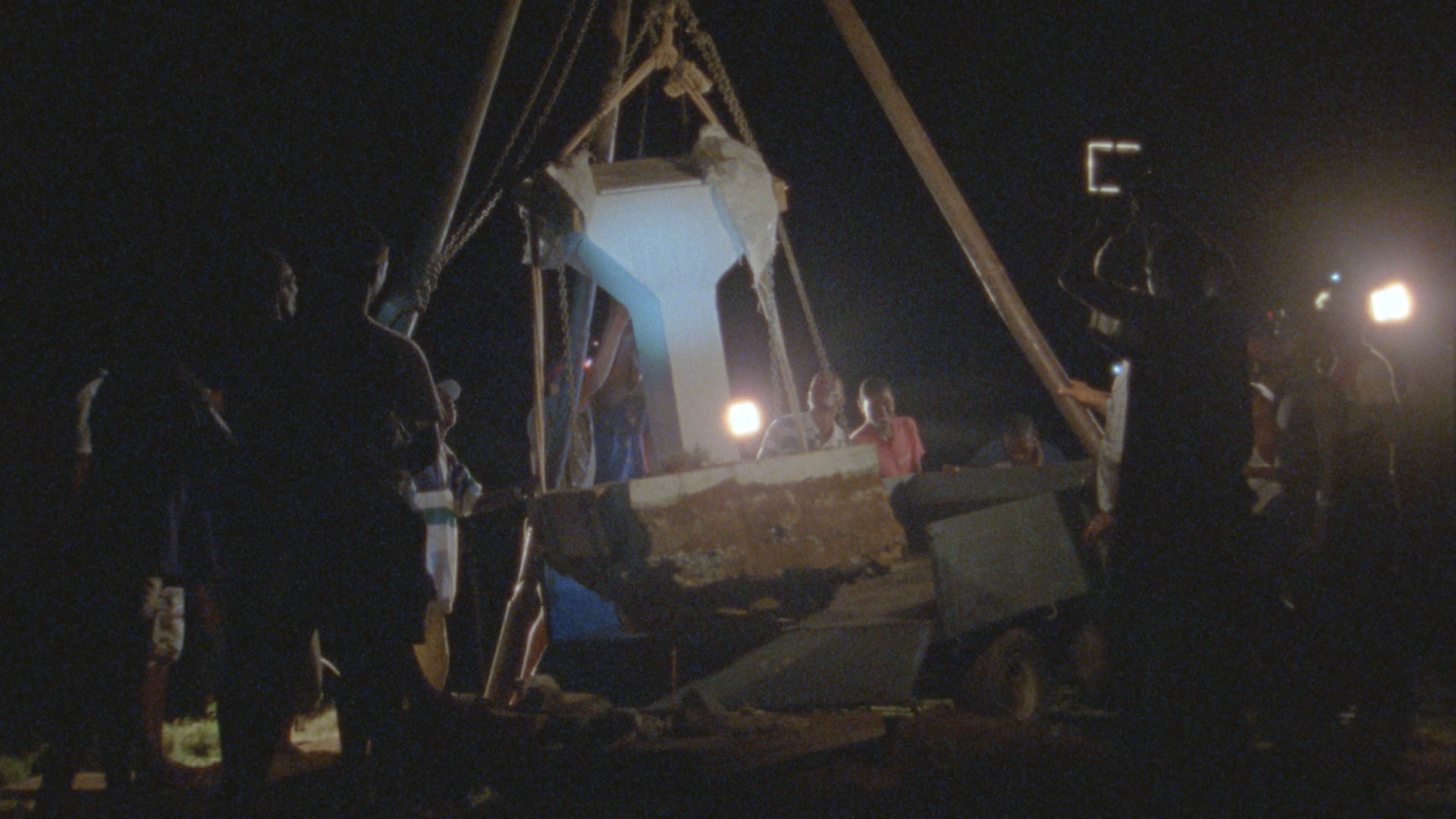