The series of images presented are derived from a collaborative research undertaken by Polo in dialogue with Naty Merindo, an 85-year-old Agta woman living in the Peninsula of San Ildefonso, Casiguran, Philippines. The research also involved the support and collaboration of Ulysses Ferreras, a Filipino botanist whose knowledge of taxonomy was essential for the undertaking.  Each plant presented is accompanied by its local name, as indicated by Naty Merindo, and the scientific name provided by Ulysses Ferreras.

Naty Merindo, the only indigenous healer living in the area, and could be the last one, claims knowledge on more than 200 plants endemic to her locality and the medicinal properties they are said to possess. Orally transmitted since ancestral times, this knowledge is now on the brink of extinction.  The profit-oriented socialization of younger generations engendered by the long-term discrimination and disenfranchisement experienced by the community largely contributes to the threat to this tradition.

Due to its practical necessity and applicability, indigenous medicinal knowledge functions in the area as a crucial alternative to the impossibly expensive, inaccessible, and inefficient health system provided by the local and national government. In the course of intermittent stays with Naty Merindo in the forest, Polo was able to collect and photograph a total of 80 plants the former could find. The uses of the plants including their medicinal preparations were likewise noted in the process.

Each specimen was then labeled according to the methodology indicated by Ulysses Ferreras. They are currently kept in a herbarium in Manila where most of the plants have been identified. The several botanists and ethno-pharmacologists additionally consulted stated that a scientific validation of the plants’ medicinal properties would require verification from several informants including other healers in the region.

Initially conceived to concern the simple preservation of indigenous culture in tension with modern scientific processes, the artistic project developed in the direction of confronting the very presuppositions of knowledge itself. Knowledge ceases to become solely a matter of fact, but a matter of question.  For to claim that knowledge corresponds in lockstep with the whole of Being, as is triumphantly asserted by much of contemporary discourse (scientific or otherwise) wishing to instate its authority, is to ground it on a fantasy of harmony that excludes the very condition of possibility of the age-old pair Being/Knowledge. Knowledge can only come to exist as a pursuit of some burning truth of Being if both are seen not as complementary, but as fundamentally disjunct. It is their disjunctive synthesis that allows one to see both the necessity of knowledge, its pulsating movement that jumps out of or cracks the stone on which it is etched, and the pretentions of the whole. Taken conjointly as a pair that includes a third space, being and knowledge are wrested from their common reductions to a frozen station and are thus injected the potential for engagement and transformation. The third space that sustains the potential for engagement and transformation was crucially encountered in the course of the artistic project at the moment of palpable conflict between the seemingly omniscient power of Capital and the struggle for survival of the community in Casiguran. Government discourse

couches the idea of aligning the destiny of Casiguran and its inhabitants to the logic of “special economic zone” on the basis of what appears these days as anodyne and self-evident knowledge: economic development. Yet the deliberate destruction and violence brought upon the life-world of the community – and promisingly, the people’s acts of resistance — belie the illusion of neoliberal capitalism to construct a harmonious union between market interests and human existence.

The fleeting moment of dissidence becomes fossilized and lifeless after the moment has passed, serving as title for this portfolio, is a statement plucked from the essay “What Can Activist Scholars Learn from Rumi?” written by social justice activist Radha D’Souza.  The title-statement is taken here as demonstrative of the counter-attack of Capital in the face of widespread resistance to its sham, yet no less comprehensive, occurrence. Capital’s counter-attack involves the instinctive aggression to appropriate knowledge to serve as instrument to delimit all spaces as sites of profit and to cover up points of contradiction in the whole of a fragmented social body. Aggregated into a composite whole, all parts patched and tightly glued together, historical knowledge is made to cast a totality that excludes a notion of a minimal self-difference or an included part that unnaturally sticks out. Here, the relation of life and history, being and knowledge, becomes airtight, without recourse to a principle of inner limit posed by a part the whole cannot metabolize or fully colonize.

To represent the abstractive power of Capital, its capacity to function in its very invisibility as the given and natural terrain of our existence, is thus an urgent task of art today. It is a task the photographic objects presented here attempt to enact by providing representation for an outlawed image: the very unnaturalness of the fantasy of the whole on which capitalism ultimately rests. What is exposed in the process is the invisible presence of structural antagonism traversing the social body in its totality. Only by thinking capitalist abstraction and keeping open the fundamental disjunction occulted by capitalism can the fleeting moment of dissidence serve other ends: as a moment for creation and the appearance of the new. 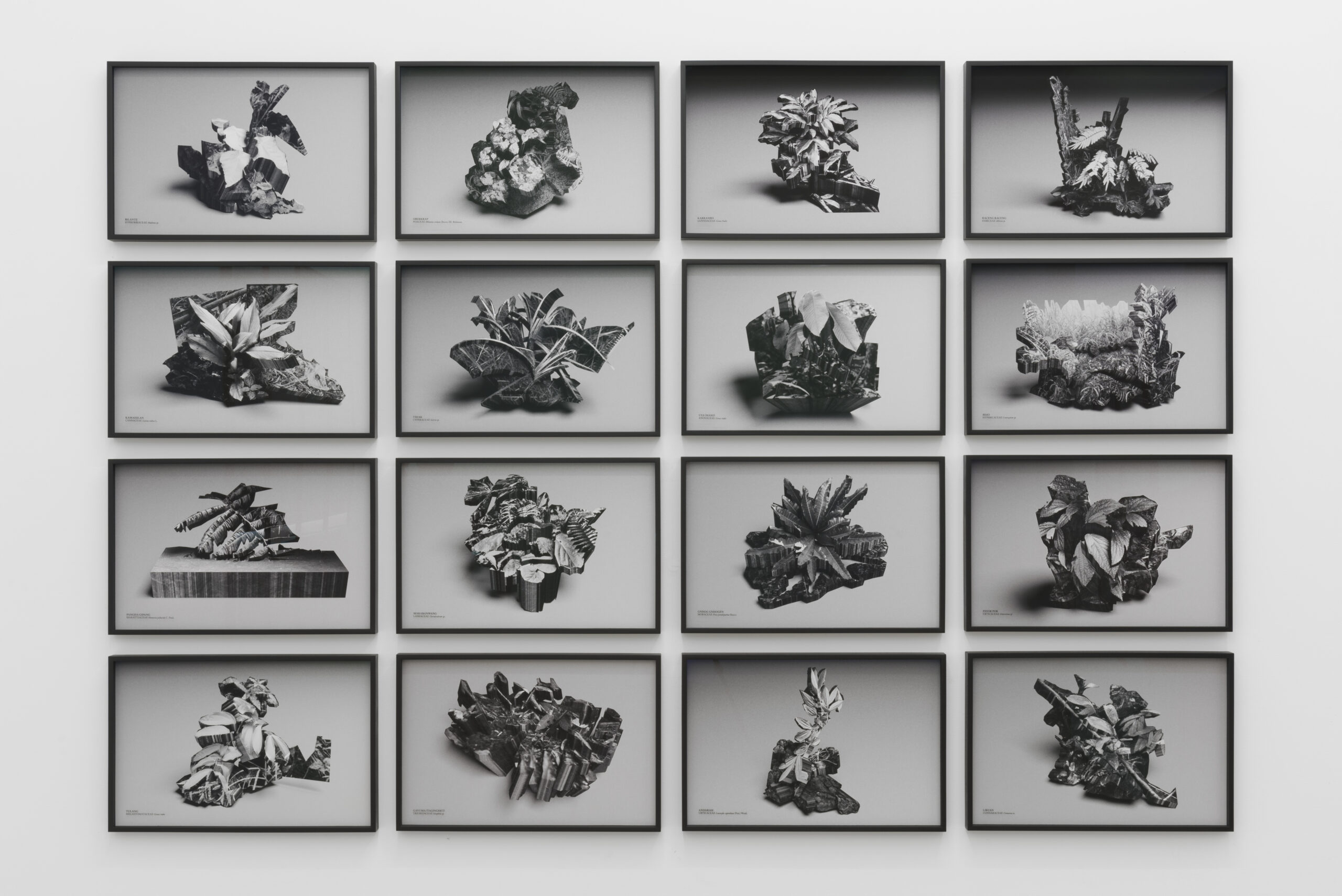